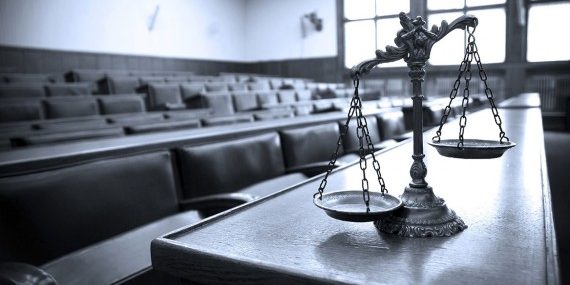 A retired government worker has a choice to make: (A) receive both a pension and a salary, or (B) stop receiving their pension and receive only their salary, while earning the benefits for their ongoing service in the pension plan. An experienced worker should have the right to a third option: receive both a pension and a salary and still continue to accrue benefits in the pension plan. This option is not permitted by Bill 38, and it’s not permitted by federal or Quebec tax law. It remains to be seen whether the government will make up for the lack of employer contributions with a wage contribution at the time of hire for an experienced worker who chooses option A, to compensate for the employer contribution normally made to a defined benefit pension plan.

We are facing a glaring labour shortage in Quebec. Our unemployment rate was 4.8% in September 2019. We’re seeking to increase the labour force through immigration, but we have experienced workers (55 years and older, on average) who are qualified, experienced, competent, and ready to start work immediately. This skilled workforce could complement the labour of immigrant workers.

In 2017, the average life expectancy at birth was 82 years. In 1977, it was 73 years. These 10 or so extra years aren’t necessarily spent in retirement. Statistics Canada reports that the labour force participation rate for people aged 55–64 rose from 47% in 1996 to 66% in 2016. Canadians 55 years and older are more likely to work than they were in the past, and also more likely to retire later.

If the government wants to set an example for its citizens and introduce a formula aiming to encourage retired workers who want to return to work in government service, it should do some serious work to rethink how all experienced workers in the Quebec labour market would be reintegrated.

We need a comprehensive approach to this labour force, and a reform of all areas of legislation affecting experienced workers should be undertaken sooner rather than later. Legislation in the areas of labour law, pensions and benefits law, bankruptcy and insolvency law, as well as tax law, must be revised to motivate experienced workers to return to work.

This wider reform must carefully reassess the impact of federal and Quebec tax laws on experienced workers to encourage them to return to work or stay at work, with measures such as:

• Revising and possibly delaying the obligation to convert an RRSP into an RRIF before the end of the year the person passes the age of 71, given that experienced workers are staying in the labour market for longer

• Revising and aligning pension income splitting rules between the federal and Quebec governments; among other things, the federal government could take inspiration from Quebec and require that a person reach the age of 65 before benefiting from this splitting, which could discourage early retirement

• Revising and aligning tax credits applicable to pension income at the federal and Quebec levels to encourage experienced workers to return to work, while respecting retirees who cannot (due to disability, illness, etc.) or do not want to do so

• Revising group insurance options offered to experienced workers in order to, for example, offer disability insurance that extends to the age of 70

In short, financially speaking, it should be worth their while for retirees to stay at or return to work.

In addition to the legal aspects that should be revised to encourage experienced workers to return to work, the government should also fight ageism. This pernicious form of discrimination permeates our society and currently forms a significant barrier to employment.

That said, we are a contradictory people, since in 2018 we didn’t hesitate to elect a 61yearold accountant, entrepreneur and politician, Premier François Legault. After a year serving Quebec, he has an approval rating of 74% among residents of the province, according to the firm Léger.

An awareness raising campaign is necessary.

Cristelle Sary is a lawyer with more than 15 years’ experience advising multinational human resources firms and governments on their pension plans and employee benefits programs, and was strategic policy advisor to Pierre Moreau, former Minister of Municipal Affairs, President of the Treasury Board and Minister responsible for Government Administration; and Minister of Energy and Natural Resources.

As an experienced lawyer with the ability to identify and troubleshoot critical legal and business issues related to pension plans, employee benefits, individual or group insurance, and labour relations, Ms Sary also has a proven track record in handling governmental relations, public affairs and media relations.

With more than 15 years of experience working with multinational human resources firms and government, she has experience advising national and international companies on their pension plans and employee benefits programs, particularly during mergers, acquisitions, and pension plan wind-ups, including group annuity purchases. Further, Ms Sary has advised employers on their insurance programs related to senior executives and majority shareholders, with respect to the taxation of insurance products and financial services.

COVID-19 and the promise to purchase: some important aspects about your rights and obligations
6 April 2020

Covid-19 and the suspension of delays in construction law – “What about the conservatory and contractual delays?”
1 April 2020

COVID-19 and Force Majeure: Tenants of a Commercial Lease May Not Have to Pay Their Rent
25 March 2020
Book your consultation
Outline the elements of your case by completing the details below and one of our lawyers will contact you within 48 business hours. This will enable us to guide and assist you more quickly and effectively, moving forward without delay.
Go to Top